Reconnecting the old to the new:

Revival of the Jawi script through the transliteration of Malay manuscripts 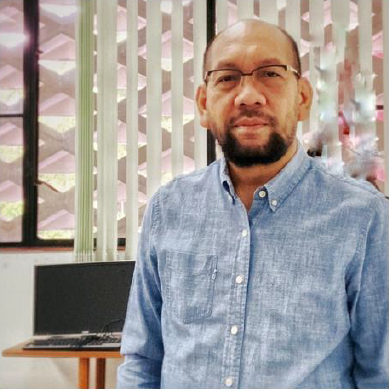 Reconnecting the old to the new: Revival of the Jawi script through the transliteration of Malay manuscripts.

This keynote revolves around the creativity and collaborative efforts of librarians to reconnect the contents of Jawi Malay manuscripts to new readers. It would inspire more initiatives that could highlight the contributions of librarians in strengthening efforts to protect and safeguard the world’s cultural and natural heritage as set out in the United Nations Sustainable Development Goals.

There are two ways to write Malay language. The first is Jawi, a modified form of the Arabic script and the second is Roman script. Today, the number of people who can write and read Jawi is declining. Therefore, the possibility of Jawi becoming a dying script can happen if efforts are not made to encourage its use. Thus, the Universiti Malaya Library (UML) took it upon themselves to transliterate their Jawi Malay manuscripts to Roman. This was done to enable students, researchers and the public who cannot read Jawi to read and use the contents of these manuscripts.

The transliteration project began in 2020 during Malaysia’s Movement Control Order when libraries closed, and librarians had to work from home. UML has over three hundred Malay manuscripts handwritten in Jawi that are already being digitized. The Malay Manuscript Website has been successfully released with the full text of four transliterated manuscripts as the primary content for a start.
The project is not only UML’s effort to revive interest in the Jawi script but also to preserve it. Moreover, Malay manuscripts are handwritten records of the Malay civilization. It presents a historic account of the culture and beliefs of the Malays and is therefore a vital cultural heritage that should not only be preserved but also introduced to the world.